Mumbai is filled with so many stories which leaves you at awe but the number is so much that we often overlook few stories, which needs to be heard.

One such story is of Chaos Control Cafe’ situated at the corner of a busy choatic street in Parel. This place adds some peace to the busy and ever noisy street with it’s *to die for* chai and toast. And the prices if you ask, everything on the menu is below 30/- rupees and the taste and quality? You’ll have to try it and eat to realise the heavenly taste.

The story behind this super affordable (with taste buds dangling food) cafe’ is quite interesting.

Sarthak Jain, the owner of Chaos Control Cafe, had the idea of starting a small cafe on the empty property space he had. There were a lot of negatives, he was told not to start as the street was super noisy, not fit for a cafe. But despite all of it, he went ahead with the idea. Not only did he start the cafe but also developed the street by fixing the pavement and putting up some street lights.

There are four food items which are the speciality of this cafe- Kolkata ki Chai, Varanasi ka Toast, Paan and Sharbat.Let me tell you a little something about all the four things, so that you understand the reason of them being ‘special’.
Kolkata Chai

Sarthak’s grand-dad went for a wedding in Bangkok. When he returned, the only memory and craving which lasted with him was the Chai and Toast he had there every morning. And then, Eureka, he understood the love one finds in enjoying simple things like Chai and Toast. He flew specially to Kolkata, to get catch hold of the people who made ‘Kolkata Chai’ and concvinced them to come with him to Bombay and work in the cafe (with better wage and working atmosphere). There are two people who make Chai at the cafe’ with pure authentic taste of Kolkata . And I swear on my 🐶, it was the best tea I have ever had. 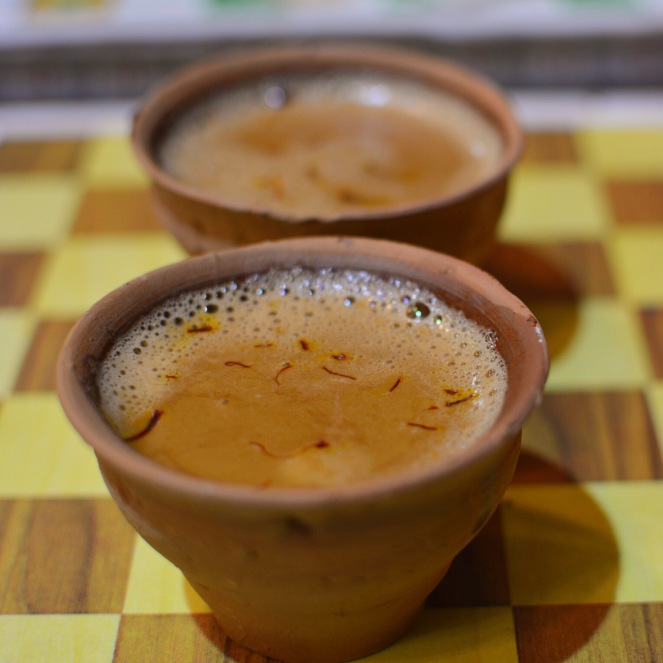 Chai and toasts, go hand in hand. Another item which they added was the special Malai Toast from Varansi. They have other varities in toast too, like Nutela, Olive, Cheese, etc. And all are priced at just rupees 25/-

Paan is one item which everyone in Sarthak’s family enjoy. His grandfather had paan after every meal. A guy used to sell paan near Intercontinental in Mumbai. No tobacco, no ciggerates, just Paan on the pure basis of flavour and taste. Sarthak convinced him to work at the cafe’ for a better wage and greater exposure. The guy went on board with them and works at the cafe’ now, making paan which makes you go yumm, no kidding.

Complimenting the tea with Sharbat, Sarthak added this item which was again his family favourite. On the way to Lonavala, they used to stop at a roadside vendor who made sharbat with Kaccha Doodh. He, again, convinced him to work at Chaos. He got them their flavours and sold them in their name. My favourite was the Mango Sharbat. 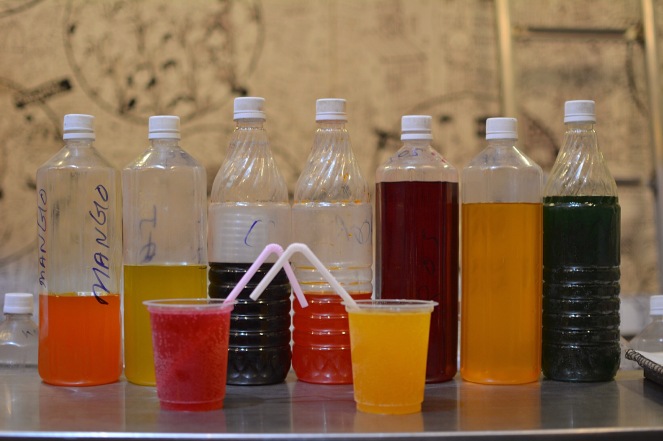 The seating arrangment at Chaos Control is pretty simple, but I would choose to go to such place in a heartbeat because the pure simplicity of the cafe with it’s delicious food hits you right in the feels. Sarthak’s agenda is not to make money out of it. He started this as a hobby and with a good heart to give back to the society. He is working on new additions in the menu, like Nasik Bhel and planning to start home delivery soon. He is also working in starting a new branch of the cafe in another place in Lower Parel.

Chaos Control Cafe’ is a must visit.On the outside the place might seem plain to you but the story behind it and the food, makes it very special.

So, Relish the tastes of India, without hurting your pockets. Oh, also they have free wifi.😋