I can proudly say this that I was a part of a historic moment. A moment which was created by me and 1622 other women.

On 6th November 2016, a new Guinness World Record was set by a bunch of amazing women. The event was organised by PUMA, who also promoted their latest campaign ‘DO YOU’.

The movement called ‘Do You’ which was led by International model-actress Cara Delevingne, added a roster of celebrities to their leg of event in India. Wrestler Sakshi Malik, Bollywood actresses Jacqueline Fernandez, Kalki Koechlin, model Ujjwala Raut, were among the many known names who joined the movement, and lent their voices to it.

“To ‘DO YOU’ is to take ownership of yourself and finding the power within that ownership —it’s a very powerful statement,” says Cara. “It’s about accepting who you are, no matter your faults. ’DO YOU’ is about finding your truth and sticking to it. I think it’s so special because it means something.”

While you were busy being lazy on the quiet Sunday afternoon (which I always do🙈) on November 6, hundreds of women got together at the JIO Garden, BKC, in Mumbai, to take a crack at the Guinness Book of World Records, for the event “the most people to hold the abdominal plank position”.

I could feel the energy and the enthusiasm the moment I entered the venue and this is what the venue looked like. 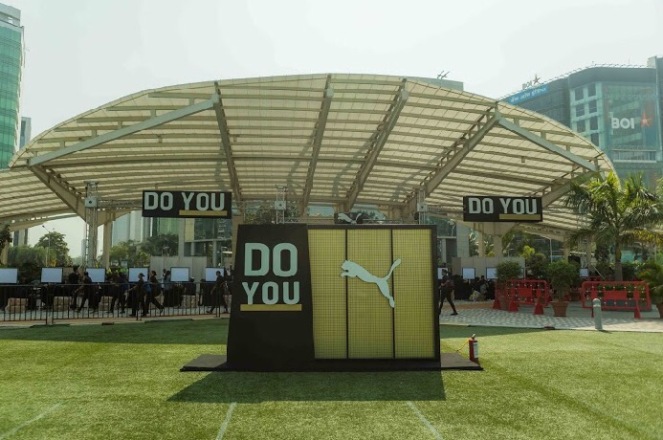 Under the blue skies on the blush green ground, with hoardings of PUMA ‘Do You’ all around. There was a PUMA photo booth too, which would change the back drop to any place in the world. Everyone was excited to get a picture of doing the plank in ‘hawai’ or ‘paris’ or somewhere.

There was a live band which kept the participants entertained before the main event with their performances. Andddd, there were food trucks tooo! Offering super delicious foods like burgers, milkshakes, pita bread and hummus and more.

The people who registered for participating in the record breaking event had to first go through a screening test which tested them on individual basis that if they can do a plank for 30 seconds. 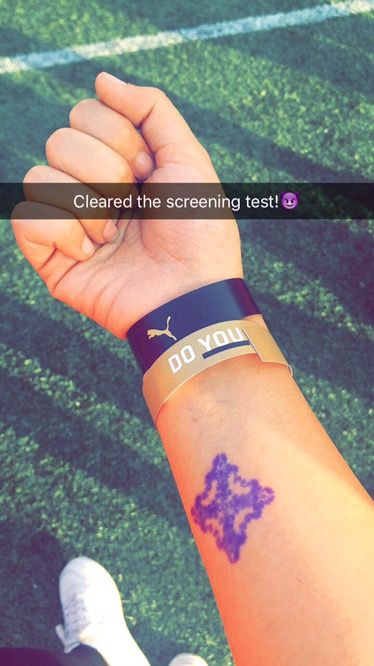 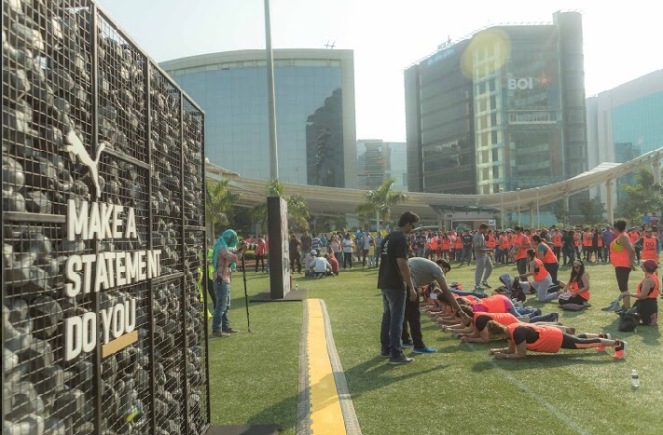 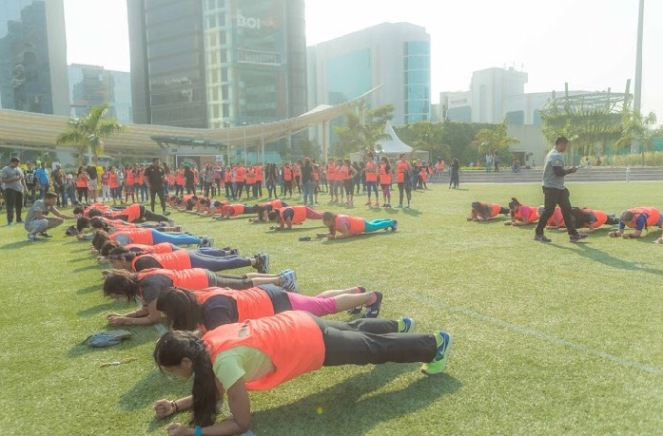 I am happy to tell you that I was able to clear the screening test. Yay!

The main event was to start at 6:30 pm and by that time I relaxed with other amazing ladies which I met there.

We all were given tank tops by PUMA at the registration time. 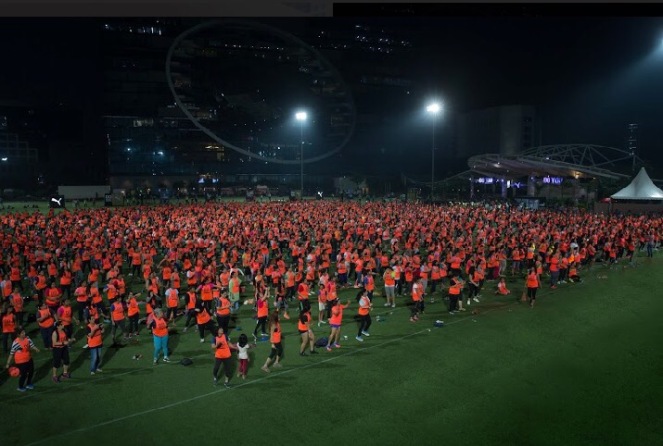 All of us drapped in tangerine were ready for the final test. Before that, celebrities came up on the stage to pump us with more adrealine.

I got to see Kalki who I adore  way too much. 💗 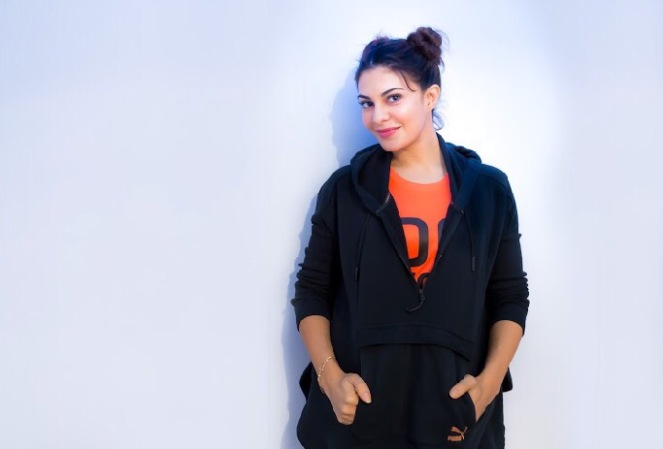 At 6:30 pm the first attempt for the plank was made. All of us (1623 to be exact) took our positions and were ready to plank till we break the record💪🏻 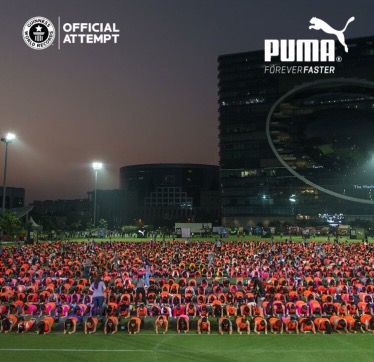 We broke the record in our very first attempt. Everyone went bokers with excitment and it felt so infinite at that time. 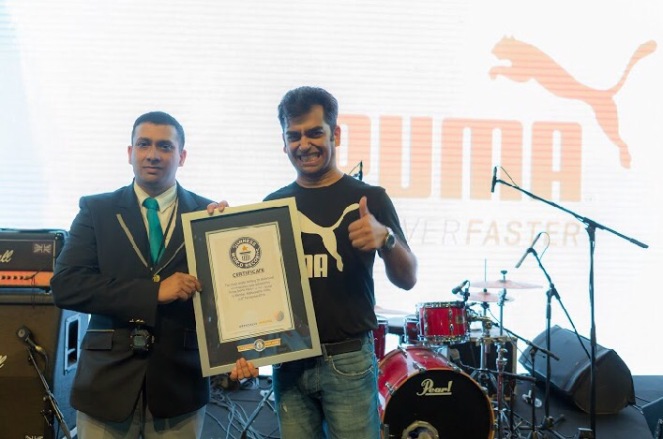 This was all great but you know what was the best, the most beautiful part of this whole event?

To see women of all ages and shapes coming together. It was all the energies coming together lighting up those grounds with their willpower and strength. Women have been objectified for years and till now we have debates over this issue. But that day, I saw just encouragment, love, support and gleam in every ladies eyes who were just happy to create a ‘movement’ like that.

A movement: That times are changing and women at any age and body type can do anything they want AND break world records at the same time.

DO YOu, do what makes you fee alive.

Only and love ladies,

3 thoughts on “The day Women broke a World Record”